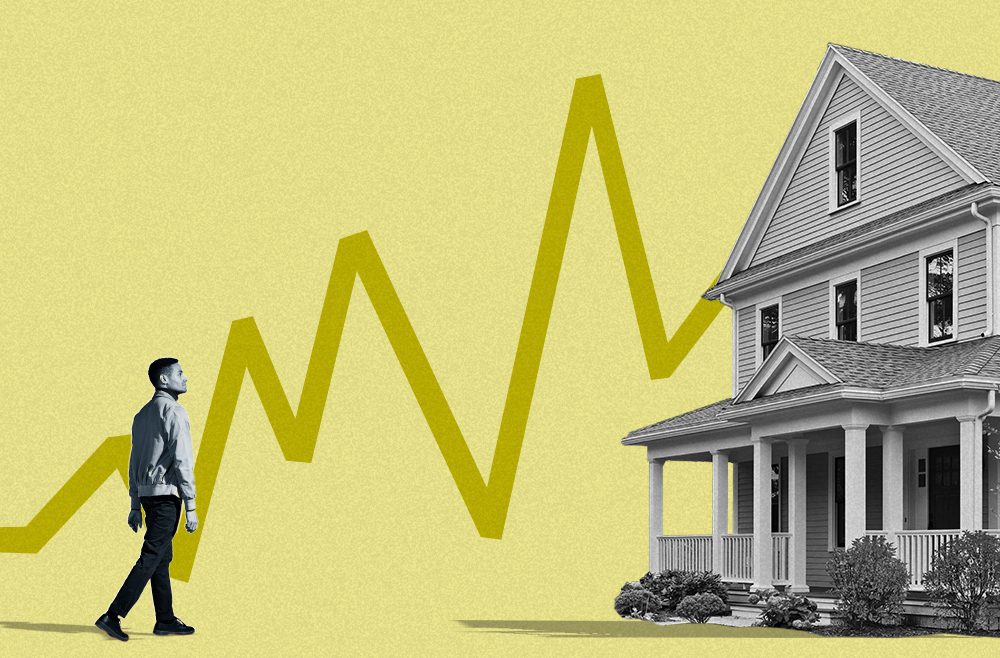 After months of continuous spiraling prices of the houses and hitting record-low mortgage rates, there are reports that the real estate market may be beginning to overheat.

For the first time since the global pandemic, Canadian mortgage rates are commencing to inch up, reflecting a surge in long-term bond yields, and home loans still languishing around low levels, it can be perceived that the moderate rise is unlikely to slow the sizzling/hot housing market.

The news of Pfizer’s (COVID-19 vaccine) more than 90% effectiveness led to the spike in bond yields in Canada and U.S.A.

Following the news, for the first time since last June (during pandemic) the 5-year bond yield is now hovering around 0.50%. Since bond yields lead to an increase in fixed mortgage rates, that has caused some observers to suggest mortgage rates could potentially rise more in future.

As per ratehub.ca, the Canadian five-year fixed-rate mortgage, climbed by 25 basis points last week to 1.64 per cent. It has been the first increase since January 2020. Mortgage rates had been trending lower in Canada since last March to support the economy during the pandemic.

The slight move-up in the mortgage rates is a sea change for home buyers. As per the reports “there was a stampede to lock in rates last week and get pre-approvals”. This has encouraged buyers to lock in historically low costs before they rise further.

With the summer season around the corner, lenders across the country are announcing fixed-rate increases of between 0.1 and 0.2 percentage points.

What would the hike mean?

As per calculations by RateHub, the rate hike would imply an increase of $32 in your mortgage payment for buying a $500,000 home with a 10-per-cent down payment and a 25-year amortization.

Though the cost increase is petty, the borrowers are worried and wish to seal the best deal before the further rise.

“It is important to mention that a mortgage pre-approval at this time can help borrowers hold today’s rates for another 90 to 120 days , irrespective of rate change”.

Now, what is the reason for the rise?

What does it really signify?

The upward trend surely signifies that economic prospects have brightened but simultaneously there is an increase in the concern about inflation.

While variable mortgage rates tend to move up or down following movements in the trendsetting policy rate, fixed mortgage rates are usually more impacted by the bond market, which affects lenders’ own borrowing costs.

The yield on the five-year Government of Canada bonds, which most heavily influence fixed mortgage rates, can witness a smattering of rate increase.

The increase in rates can be seen as a game-changer in future but as of today. Debt rates remain very low by any measure and should not affect consumer behavior much.

As per Statistics Canada – Canadians took on $118 billion in additional mortgage debt in 2020, bringing total debt credit to $1.7 trillion, whereas Non-mortgage debt, on the other hand, declined by $12 billion, or 1.5 per cent.

Looking for a complete guide and assistance on the mortgage process and rates, contact MMC today, we are here to help you and take the burden on our shoulders!